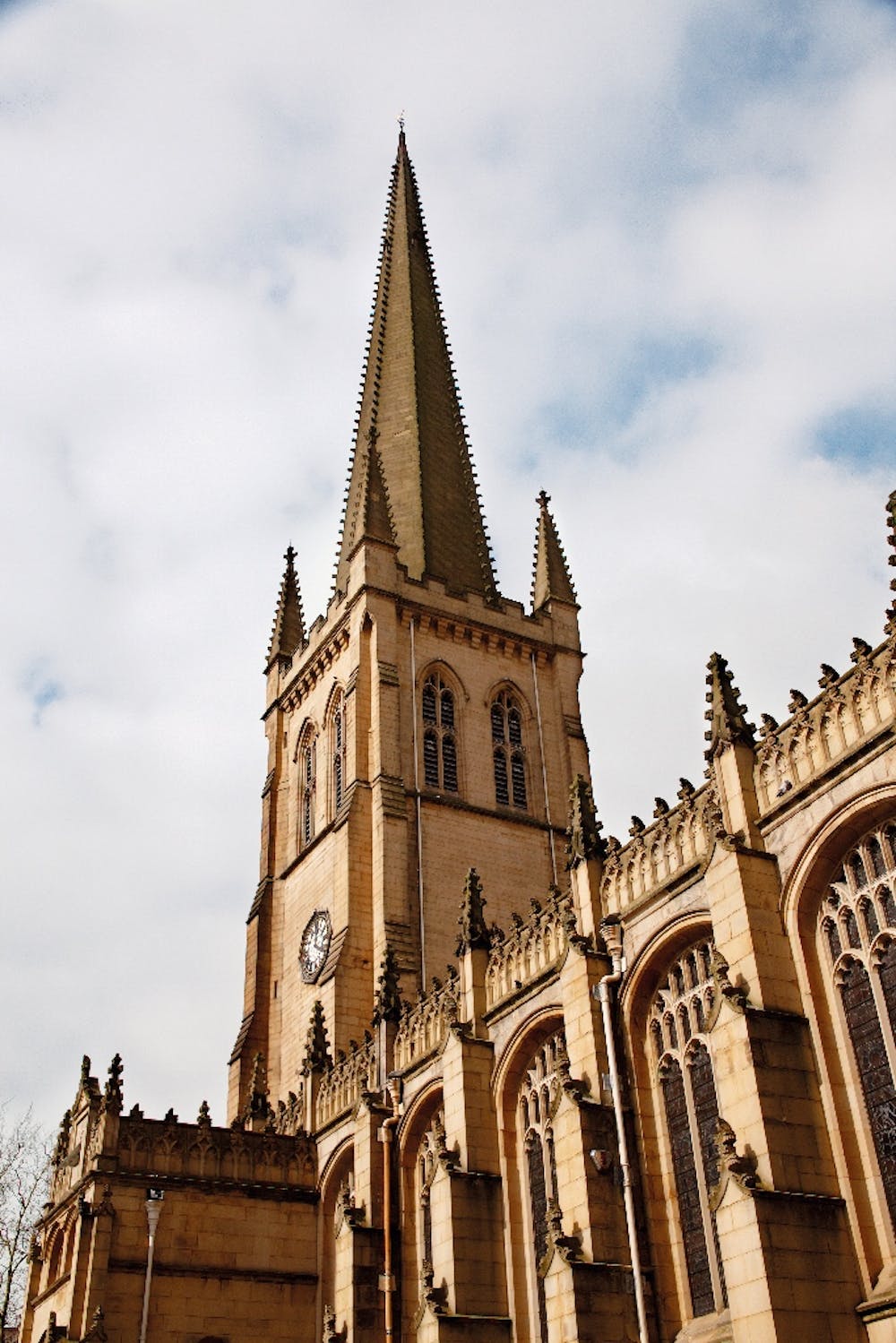 We live in anxious times and the sources of that anxiety are manifold but have to do with an economic precariousness; a lack of confidence, a lack of trust in our political process, and an uncertainly about who we are as a nation.

I think this manifests itself in an increasing tendency to use the terms English, Welsh, Irish, and Scottish rather than British –and this in turn contributes to a sense of fractured identity, resulting in the type of angry public discourse we have all experienced over the past couple of years. Brexit is perhaps more a symptom of this than a cause.

People are increasingly being corralled unwittingly into certain positions – corralled by social media, traditional media, being encouraged to take positions about things. Politicians are forced into not saying things or saying things because everyone wants to know where they stand on a particular issue. And all of us are being encouraged to do that.

I want Wakefield Cathedral to be a place where people can reflect on these issues without feeling they are being forced into a particular position; where they can have the space to think these things through. We want people to know that this beautiful building is for everyone. Here at Wakefield Cathedral they can experience that sense of peace, quiet and tranquillity that is so often denied us but which is so important for reflection.

I want it to be a place where people can understand something about themselves and about others, a place which enables them to test their sense of identity in a kind and supportive arena.

I want our cathedral to offer opportunities to do all this in unthreatening and differentiated ways over the next few months and invite people to join us.

We want to join in the exploration of art that’s such an important facet of our life in this city and region, and to think about its place in the cathedral. We’re exploring the possibility of working with local artist, Marc Bratcher, to enable people with a disability, or those who know someone with a disability, to think again about what this means for personal identity.

We are working with the Sheffield-based theologian Casey Strine to host an exhibition of artwork created by asylum seekers called Back where you came from.

We’ll be hosting local artist, Tony Wade’s Boundary No Boundary exhibition. His work enables people to locate themselves within a landscape with which they are familiar, but which itself abuts other areas – and poses the question what does it mean to be from the Wakefield district that sits beside South Yorkshire.

We inhabit a post-industrial landscape. The coal mines which were once all familiar have disappeared but are still within living memory and in some areas such as New Sharlston, the pit wheel is a physical reality on the roadside; a potent reminder of our past.

We have richly diverse congregations at the cathedral – on Sunday we will have people from Iran, Poland, Africa, people of Afro-Caribbean heritage, and people from all parts of the British Isles. It is this sense of identities meeting and merging and just rejoicing in each other that proves to be a powerful witness to the very fluid nature of identity - and for Christians, a witness to the common identity we have in Christ.

I look forward to welcoming you here in Wakefield Cathedral; your cathedral; the People’s Cathedral.

In addition to worship at advertised service times -

The Revd Canon Mark Oakley has accepted an invitation from the Bishop of Leeds, the Rt Revd Nick Baines, to become Canon Theologian at Wakefield Cathedral. In this honorary role, which he will hold alongside his role as Dean of St John’s College Cambridge, Canon Oakley will support the Bishop and the Cathedral Chapter in their theological reflections and encourage integrity in their discernment and decision-making. Canon Oakley will also be invited to preach in the cathedral from time to time. Commenting on the appointment, the Bishop of Leeds said ’I am delighted that Mark has accepted this significant role in the life of the cathedral’; and the Very Revd Simon Cowling, Dean of Wakefield, added, ‘we look forward to welcoming Mark as our Canon Theologian and to exploring with him the ways in which we can make theology both exciting and relevant for the communities we serve’. Mark will be installed at a special service of Evensong in Wakefield Cathedral on 15 March 2020.