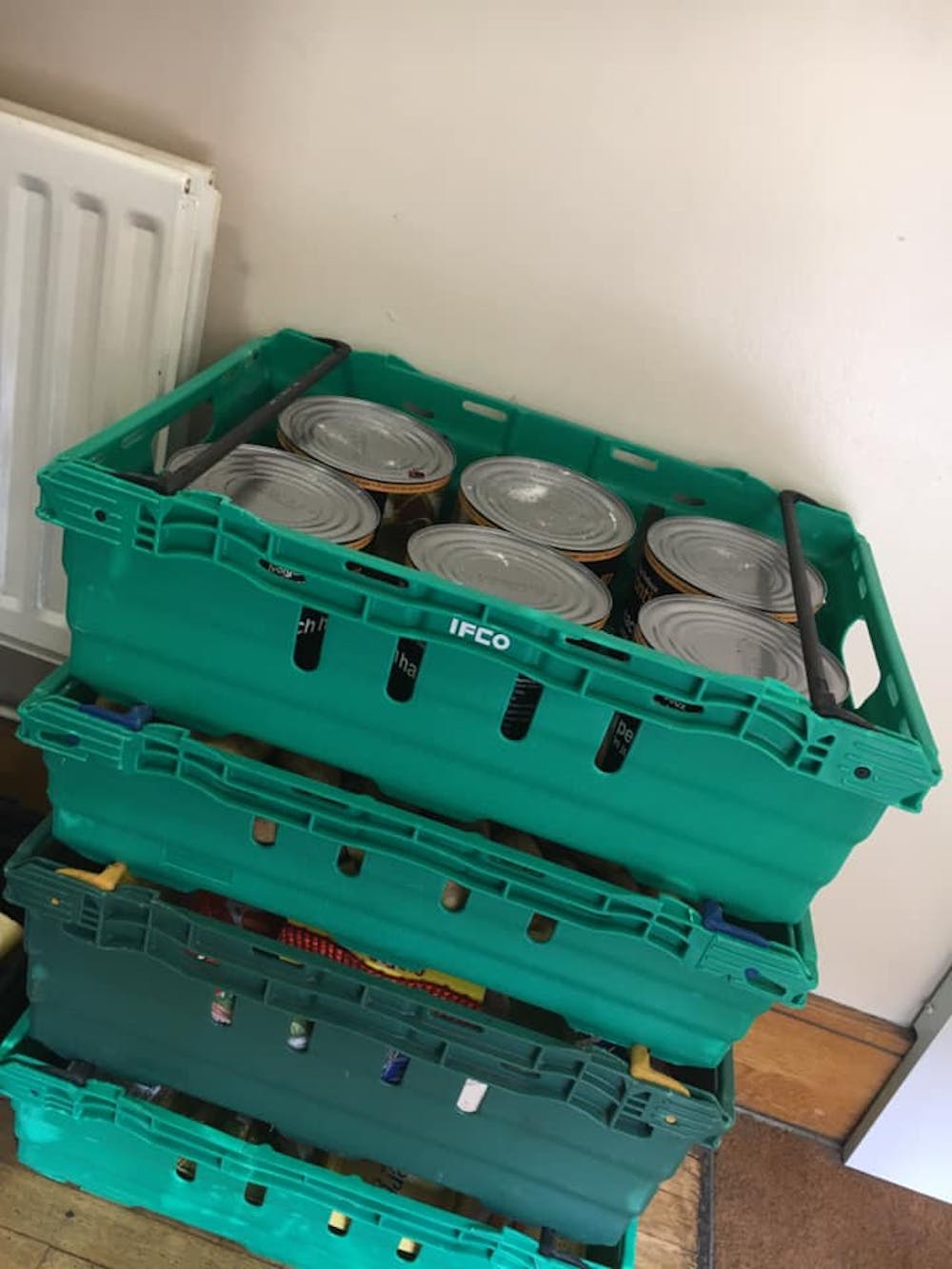 Eat Up Stand Up

Wakefield Cathedral has just teamed up with The Real Junk Food Project to use food destined for waste in the Cathedral Kitchen and help alleviate food poverty.

It is part of a new initiative at the Cathedral called Eat Up Stand Up which will see a regular Pay As You Feel meal served in the Cathedral Kitchen every three months from September.

The announcement comes in the week that a couple from Leeds hit the headlines after asking The Real Junk Food Project (TRJFP) to cater for their wedding entirely from food destined for the bin.

This week the Cathedral Kitchen received its first delivery from the Kindness Warehouse – Wakefield’s first social supermarket and the headquarters of TRJFP which opened its doors to the public last September. It is the first of a regular weekly delivery that will be used in the Cathedral Kitchen which serves lunch six days a week.

The food is still safe to eat, but may have passed its best before date or been declared surplus and is sourced from restaurants, supermarkets and independent retailers.

Wakefield Cathedral and TRJFP want not only to reduce waste but to help give people tips and ideas to help alleviate food poverty across the city and the district.

At every Eat Up Stand Up event in the Cathedral Kitchen, as well as a home cooked nutritious Pay As You Feel meal, there will be speakers, music, art, kids activities and tips and ideas of how to cook. The first speaker at the first event in September is Adam Smith, the originator of TRJFP.

TRJFP raises awareness of the amount of food waste in the food system and directly responds to this problem by using waste food in its network of cafes and other food outlets across the UK using a "pay as you feel" scheme to make the food accessible to everyone.

The first PAYF cafe was started in Armley, Leeds, in December 2013 and since opening has fed over 10,000 people using over 20 tonnes of unwanted food.

The first Eat Up Stand Up at Wakefield Cathedral is on Monday September 9 at 6.30pm. For further information email ea.nielsen@wakefield-cathedral.org.uk.