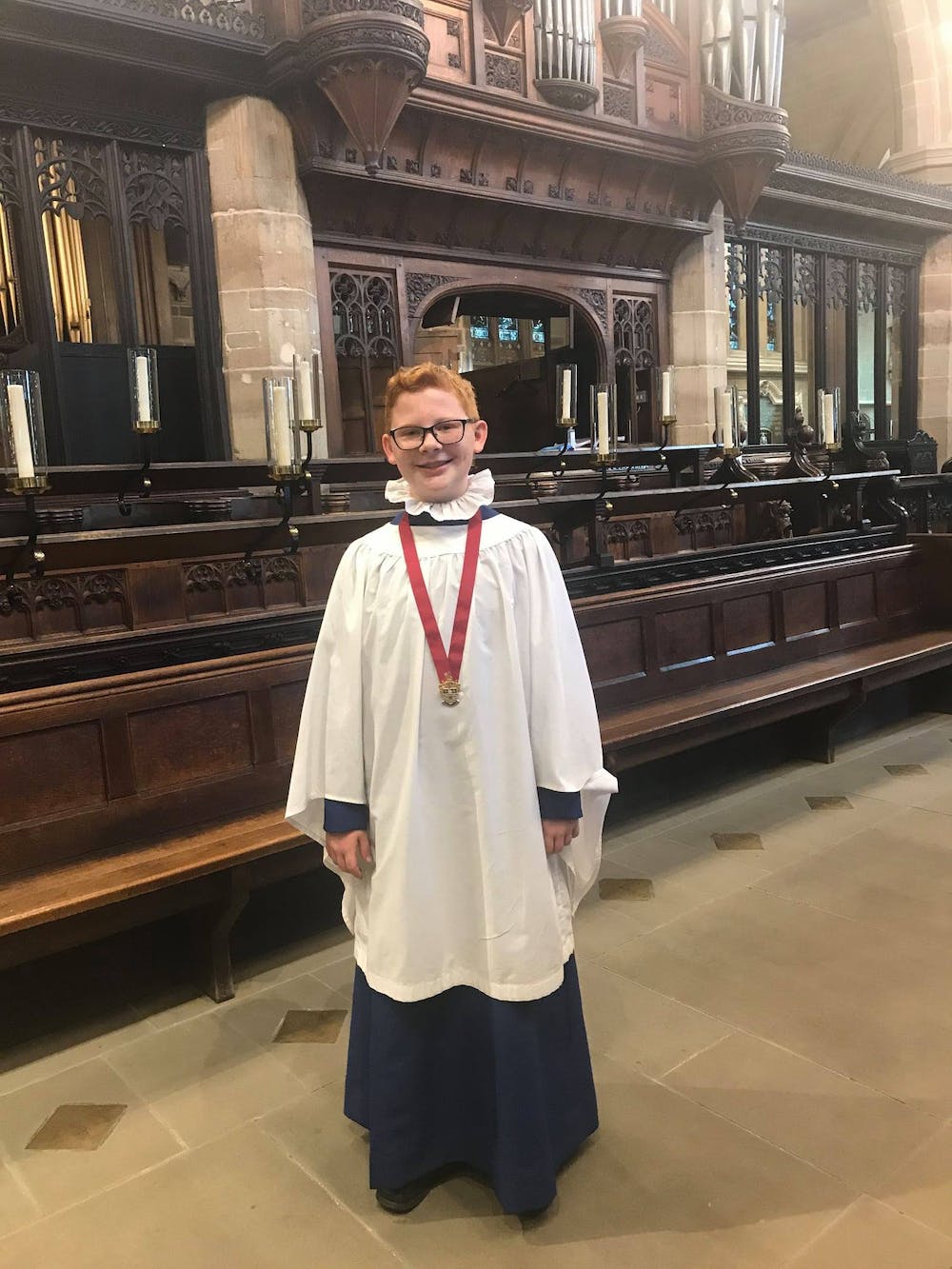 He’s only gone and done it again….Wakefield Cathedral chorister, Charlie Trueman has made it to the semi-final of BBC Young Chorister of the Year 2020 competition – and this time it’s going to be on the television.

Charlie who was a finalist in last year’s competition said he was really excited by the news- not least because he gets to meet his idol, Aled Jones, who alongside Katherine Jenkins will give a one-to-one tutorial to each of the choristers.

It’s been an emotional rollercoaster of a year for Charlie and his family from Wakefield. His mum, Clare, survived Covid-19 and spent almost a month in hospital. Charlie kept himself busy singing and was invited to take part in the Rodolfus Choir Virtual Evensong Project which was launched in May to raise the profile of choral evensong and raise money for the Cathedral Choirs Emergency Fund which was set up to support choirs in lockdown.

The Dean of Wakefield, the Very Revd Simon Cowling, welcomed the news and said this was a real boost to the Cathedral community at this time.

The competition, jointly run by BBC Songs of Praise and BBC Radio 2, will see five boys and five girls choristers from across the country compete for the much coveted title of BBC Young Chorister of the Year 2020.

One winner will be awarded the title ‘BBC Young Chorister of the Year 2020’and will receive a trophy as well as performing on Songs of Praise and taking part in radio recordings. There may also be opportunities for the winner’s choir or music group to be broadcast on BBC Radio and a chance to experience a recording session with the BBC Philharmonic Orchestra.

@WakeCathedral is on the look out for an Income & Funding Manager to join our team, helping to build up the capacity and sustainability of the cathedral’s ministry.

Nearly twenty-five years after the Macpherson Report confronted our nation with the truth of institutional racism much has changed but much remains to be done across our institutions.