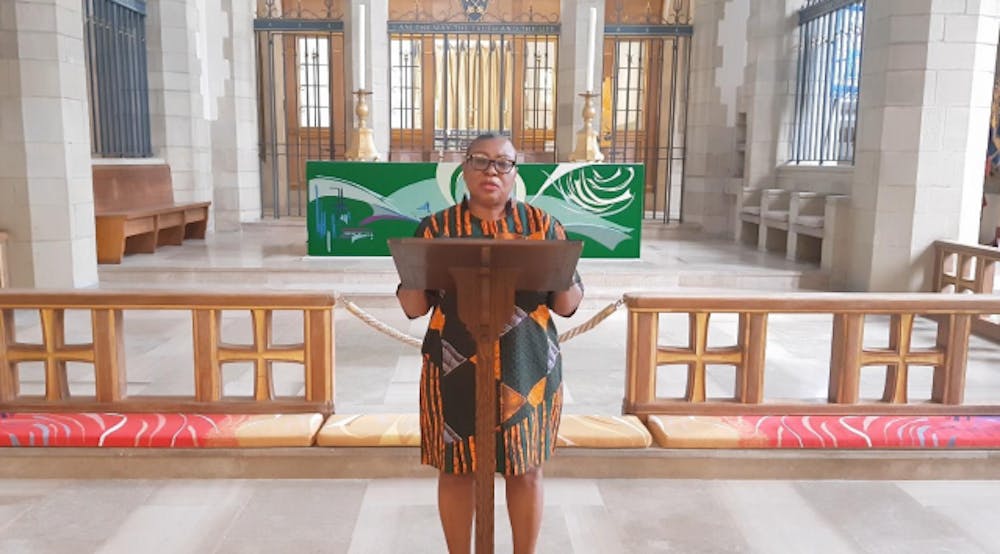 Sunday 14th February 2021 is ‘Racial Justice Sunday’, and to mark this the cathedrals of the Diocese of Leeds will be re-releasing a programme of perspectives, prayers, music and Bible readings on the theme of racial justice, that was launched last September.

It draws together material that has been significant since the 2020 summer of protest, including Joshua Luke Smith's rap on racism and the great West Indian fast bowler Michael Holding's interview on Sky.

In the service there will be short addresses by Bishop Nick, Bishop Tony Parry (New Testament Church of God) and Professor Udy Archibong, Professor of Diversity at the University of Bradford.

Musical items include ‘Something Has to Break’ from the InterVarsity Christian Fellowship, recorded live in June this year at ‘InterVarsity Live!’; and ‘It Is Enough’, sung by Pastor R. DeAndre Johnson, a piece originally written in 2016 at the deaths of Alton Sterling and Philando Castille, but now a hymn used as a song of lament for all black sons and daughters who have been harmed and vilified by the justice system.

There are also prayers and biblical texts read by adults and children across the three cathedrals.

The service has been designed to be used by individuals and churches, perhaps with a Zoom discussion afterwards. A further reading list of three books, for further discussion, is included at the close of the service.

"The Dean of Wakefield, the Very Revd Simon Cowling, says:

“2020 was one of the most challenging years in recent memory, with Covid-19 having a devastating impact both regionally, nationally and across the world.

“And yet, a year which should have been dominated by a single headline will also be remembered for some truly shocking events.

“The issue of racism has been at the front of many people’s minds throughout the last 12 months, but thankfully the significant increase in racial awareness has shone on these dark incidents, leading to us all reflecting about our role in society and what we can do in the fight against social injustice.

“It has been good to work with our sister cathedrals in Bradford and Ripon on this service which we hope will bring us closer to God’s vision for a healed humanity, by encouraging us to challenge what we see as wrong and inspire others to do the same.”

“Last year, 2020, marked the 25th anniversary of Racial Justice Sunday (RJS) in Britain and Ireland. This significant anniversary also coincided with the tragic killing of African American, George Floyd and the re-emergence of the Black Lives Matter movement with its various protests on both sides of the Atlantic. All this coincided with the emergence of a pandemic that continues to wreak havoc in societies around world, ruining lives in the process. The COVID-19 crisis has also highlighted the existing inequalities in our society; the poorer, more marginalised communities are disproportionately impacted by this pandemic. In due course, all these events served to demonstrate the need for greater racial justice in Britain and Ireland.

“These events also caused much soul-searching and anxious conversations within the Church, as to how it should respond to what has taken place. In the aftermath of George Floyd’s killing, many denominations issued statements condemning the killing; some called for changes in society as well as the Church, while others had conversations about its significance. Practically all recognised that this was a Kairos moment in which inaction or indifference was not an option.”

The service will be available to watch via the link below and will remain live until Sunday 28th February 2021.

Join us for a discussion around the role we can all play in protecting our planet, featuring guests panelists Jemima Parker, @MrTrickett @JackSHemingway & @Fareeha786.