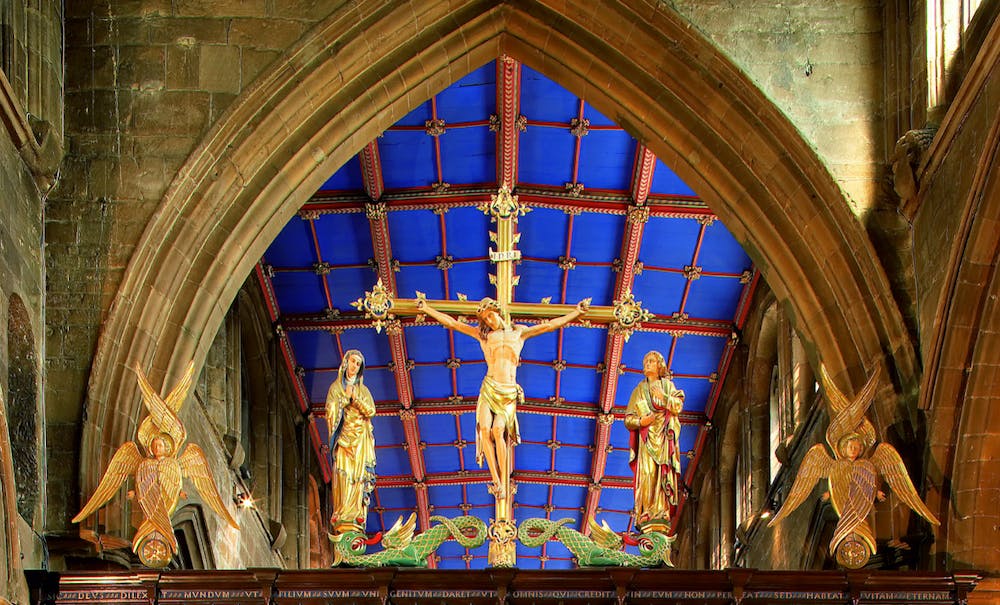 Weekly Reflection: Lord of the Years

A few weeks ago I listened to a discussion about the Devonian Extinction. This was a catastrophic event that took place around 370 million years ago (give or take ten million years) and that heralded the end of the so called ‘Age of Fishes’ – a time when almost all life on our planet lived in the primeval oceans. The Devonian Extinction was followed by a period when land-based creatures and plants began to evolve, but it would take tens of millions of years before the earth’s land masses and biodiversity reached their present state.

As well as being interesting in itself, the programme made me reflect on the deep mystery of the vastness of geological time. It is precisely this mystery with which God confronts Job towards the end of the book of the Bible that bears his name. In a series of questions God reminds Job of his sheer omnipotence and wisdom: Where were you when I laid the foundations of the earth? Have you commanded the morning since your days began? Have the gates of death been revealed to you? God’s remorseless questioning helps Job finally to understand his place in God’s eternity: I have uttered what I did not understand, things too wonderful for me, which I did not know.

The Book of Job is a relentless exploration of the horrendous suffering that God has allowed Satan to inflict on Job in order to test his faith. By the end of the book Job can be said to have ‘passed’ the test. Despite his suffering, Job’s faith is renewed: I had heard of you by the hearing of the ear, but now my eye sees you. Human suffering must be placed in the broader context of God’s eternity, a context akin to the idea of geological time.

There are few Christians who would want to deploy such an explanation of suffering in the face of the coronavirus pandemic, the bombing of civilians in Yemen and Syria, or the brutal murder of Sarah Everard. Rather, God’s revelation of himself in Jesus Christ has helped us to understand that, on the cross, God has actually entered into human suffering. But that same revelation also calls us to welcome and to nurture God’s reign of justice, mercy and peace that is already among us – a reign whose eternity and grandeur will absorb and transform our suffering, as it absorbed and transformed Job’s.

With prayers and good wishes,