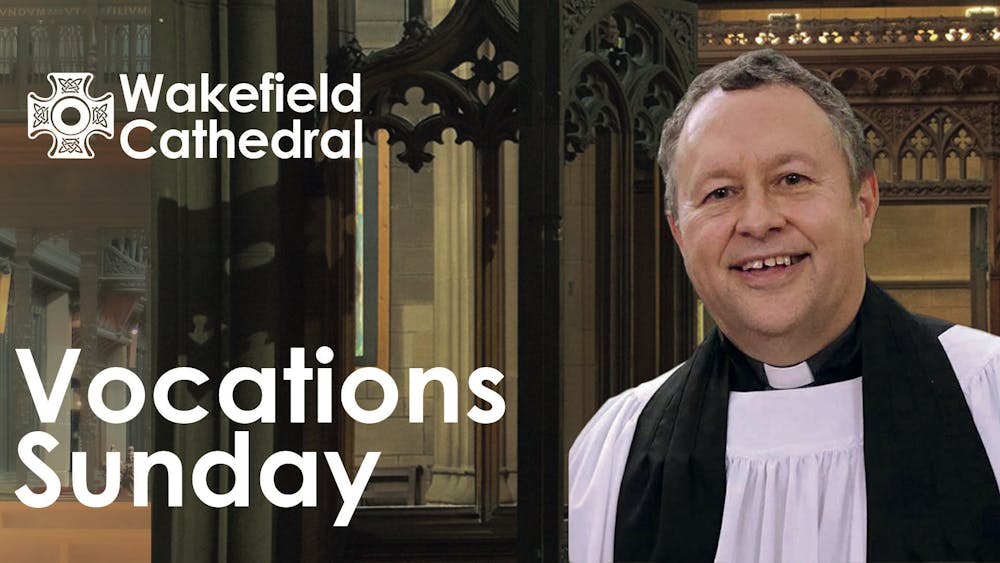 25th April is Vocations Sunday – celebrated by the mainline Christian churches worldwide. More of that shortly…

I wonder if you have heard of “Comic Con”? It is short for “Comic Convention” and I first became aware of it a few years ago. It’s a gathering for fans of comics, superhero stories, science fiction and much more. Famous writers and actors appear and meet fans, sign autographs etc. The first one was held in San Diego in 1970 and it has grown from those humble beginnings into big events all over the world.

A few years ago, I was in London for a few days with my daughter and we noticed Comic Con was taking place there, so we went along to see what the fuss was all about. Well, it was a very big fuss because about 80,000 other people were there with us. It was great fun.

The best thing was that many of those ordinary people were dressed as their heroines and heroes (or baddies too) - Batman, Superman, Luke Skywalker, Catwoman, Darth Vader etc. The event included the European “Cosplay” championship. If that’s another new word for you, it’s short for “costume play” – grown-up people indulging their comic book fantasies, by pretending to be superheroes or other fantasy characters.

All this got me thinking about the whole comic book superhero thing. It’s a hugely profitable industry and it seems to plug into something in the psyche of the western world. We seem to need heroes. Heroes who will rescue us.

I had already decided to write about this before last Sunday when Dean Simon talked in his sermon about Christopher Booker’s book which suggests that all stories boil down to one of seven basic plots. One of these is the great hero who comes to save his people.

The American author Timothy Keller has suggested that there is a yearning in the human heart for a “hero/king” figure, and that many of our stories from novels to movie blockbusters are echoes of the One Great Story. It’s the story of a king, a Messiah, a saviour, who bravely intervenes on behalf of his people. The hero.

What I find interesting is that we sometimes apply this approach to the way we interpret the Bible and risk missing the point. We can treat the stories of the Bible characters as stories of great heroism and bravery (see David & Goliath, Daniel in the lions’ den etc), but the point is that all these people were flawed. They are not moral tales for us to copy or people for us to emulate. They are all “little stories” pointing towards the Great Story. The significant people in the Bible are all fallible because they are shadows of the One who was to come.

What does this have to do with Vocations Sunday? (I hear you ask)

Firstly, we are all called in a general sense by God. The call of God is to come to Him, belong to His church and serve His world. Jesus summed this up by saying, “Follow me.”

We are not called, however, to be heroes. We are fallible servants who are called to be faithful and serve him wherever we find ourselves each moment of our day. Vocation isn’t for a special breed of special people. It’s for everyone, at each moment of their lives.

And yet, we are called to dress up in a special costume! Romans 13 says “put on the Lord Jesus Christ”. What St Paul means is that although we are not superheroes FOR Jesus, we are superheroes IN Jesus. In him (a phrase Paul uses a lot) we have salvation and have all we need to live the life we should live.

Vocations Sunday is an annual opportunity for each of us to reflect on how we are living our lives for God. Is there something more that we need to consider?

Diocesan Director of Ordinands and Vocations

"Do you know who is referred to as 'The Bread of Life'?

Find out in this week's free arts and crafts activities and learn how to make your own bread too! Visit https://t.co/2XJyyHXP5p to download the free worksheets today."