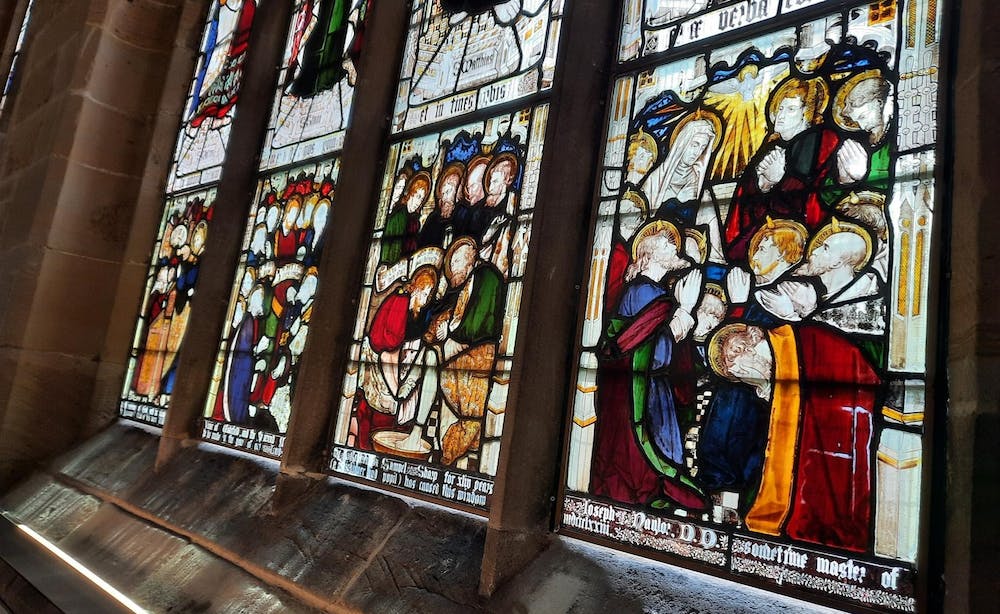 I go in fits and starts with listening to music, which means that whenever I turn to it for enjoyment, a new technology seems to have come out, and I have to update my whole system. I have recently undergone another ‘update’, this time to a Bluetooth speaker, which can magically play music which exists somewhere in the ether, when I hit the right button on my iPhone.

Personally, I have quite an eclectic music collection, from Flanders and Swann to Finzi, Meat Loaf to the Monks of Solesmes, Lloyd Webber to Lady Gaga, and everything imaginable in between. One artist amongst this assortment is Billy Joel, whose album Piano Man: the Very Best of Billy Joel I listen to now and again. Some of you may know the track ‘We Didn’t Start the Fire’, which features in it. Lyrics-wise, it is abysmal. The whole narrative is simply a list of historical events from the mid-1940s to the late-1980s – Joel himself said in an interview that ‘It's really not much of a song…. If you take the melody by itself, terrible. Like a dentist drill’ – but what I find interesting is the metaphor that is used to tie these events together, namely ‘a fire’, which is the flurry of events, both good and bad, which make up history. The flame passes on as generation succeeds generation: it was ‘always burning, since the world’s been turning’, and the present generation have to interact in some way with it. But even when we are gone, ‘it will still burn on, and on, and on, and on…’

Whether Joel meant it or not, there is something profoundly Pentecostal about this image. Like Joel’s fire, we humans didn’t ignite the flame which is the gift of the Holy Spirit which was given to the first apostles as they cowered in the upper room. Like Joel’s fire, since the Day of Pentecost, the flame of the Spirit has been handed on and passed down from generation to generation, in particular through the sacraments of baptism, confirmation and holy order. Like Joel’s fire, when we are gone, the flame of the Holy Spirit will continue to sustain the life of the church as it does now – ‘it will still burn on’. But, importantly, like Joel’s fire, we have to decide whether we want to interact with God’s great gift or not.

In the baptism rite, the candidate, or his or her godparent, is given the gift of a candle, often lit from the Paschal or Easter Candle. In Common Worship, the minister says to the newly baptized ‘You have received the light of Christ; walk in this light all the days of your life’, and the congregation respond ‘Shine as a light in the world, to the glory of God the Father.’ The light is therefore a symbol of the faith which the candidate has received by the operation of the Spirit. But as anyone who has ever lit a candle knows, two things can happen to that light: it can either grow dim, or grow strong. In my parish I make the point that, in the case of a child being baptized, it’s up to the parents and godparents to fan that flame and keep it burning brightly for the present: ‘This light is entrusted to you to be kept burning brightly,’ I say, ‘This child of yours has been enlightened by Christ. S/he is to walk always as a child of the light. May s/he keep the flame of faith alive in his/her heart’. For whilst the flame is a gift, the gift has to be kept alive, nurtured, and fed, and that requires our co-operation with God and his loving purposes for us. So whilst we may not have started the fire, let’s try to keep the flame burning brightly this Pentecost!