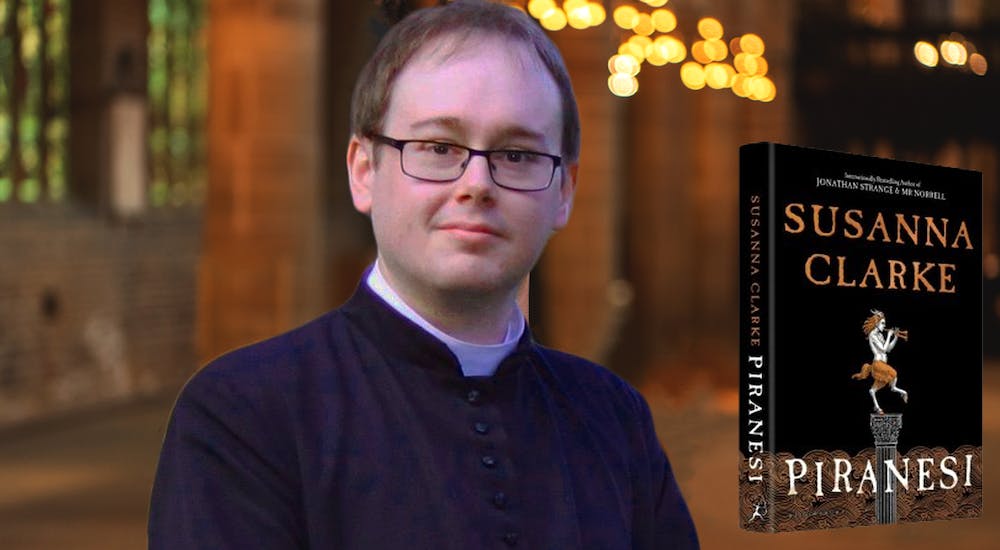 The novel is named after the protagonist, who receives his name, Piranesi, as a nickname from another character. The nickname itself derives from the real-life Piranesi, who was an Italian archaeologist, architect and artist, famous for his fictitious and atmospheric ‘prisons’, entitled Le Carceri d’Invenzione. These sixteen prints depict enormous underground vaults, often with stairs going everywhere and various engines and machinery about: they are quite haunting.

The fictional Piranesi lives in a not-dissimilar space – a house of seemingly infinite halls, liable to flooding, and filled with statues – and during the course of the book, whilst he doesn’t understand everything about his environment, Piranesi does try to understand it, and works hard at searching for knowledge of the truth – why his world is as it is, how it works, and how he can live within it.

In some ways, we have spent the last 16 months living in a similar space to Piranesi. We have had to come to terms with the fact that we don’t understand everything about our world and environment, but we have nonetheless persisted in trying to find out about it. The vaccines are one obvious result of this quest. But there are other similarities too, and just as Piranesi’s world never seems to end, we have also had to come to terms with the fact that this virus does not seem to have an end either. We leave one room, one space, only to be told there is another variant, or a set of restrictions, to endure in the next. Like with Piranesi, living like this, with no certainty, can begin to send us a little mad.

But the novel does have a conclusion, when someone from the outside manages to get into Piranesi’s world and reveal the truth about his situation. I won’t spoil the plot for you, but suffice it to say that this is not dissimilar to our faith. For though the world in which we live might confuse us, be full of uncertainties, and drag us down, we can nonetheless find stability, security, knowledge of the truth, and a sure and certain hope, in the person of Jesus Christ, the fullness of the revelation of God, who came to earth, was born as one of us, because of us, and through his passion and death, sets us free from the shackles that bind and limit us. This week, may we then trust in the Lord Jesus, who fulfils that description of God provided to us by the prophet Isaiah, being our ‘everlasting rock’, and may our faith give us comfort in these times in which we find ourselves.