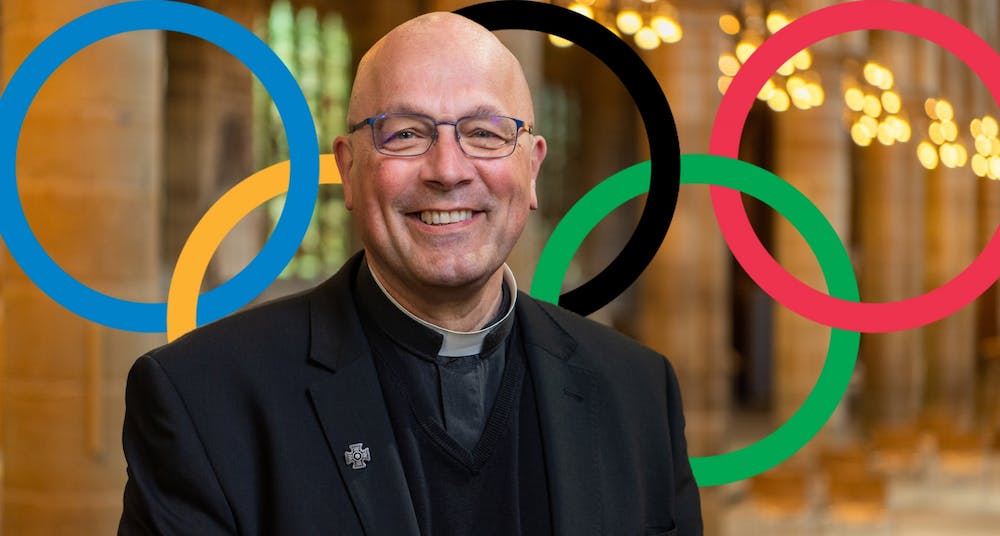 Last week some old friends, now living in Japan, visited us briefly while they were in the UK. Inevitably conversation turned to the Olympics. Our friends were desperately hoping that the Tokyo Games would not be cancelled at the last minute: they faced a week of quarantine in a hotel room when they returned to Japan, and the prospect of being able to watch the Games was the only silver lining. Well, what a difference a week makes! Despite all the challenges, the ‘2020’ Olympics are well underway and we have got used to waking up to sporting excitement from the other side of the globe.

The Olympic Games have their origins in Olympia in Ancient Greece. For over a thousand years, until the last recorded Games in AD 393, athletes would travel from city states all over Greece to compete in events including running, chariot racing and boxing. Hostilities between states were suspended for the duration of the Games and there were heavy penalties imposed on states that violated the truce. Some aspects of the ancient Olympics have a contemporary resonance: city states often used success at the Games as a proxy for their military or political importance, and it was not unknown for athletes to switch allegiance in order to benefit from what another city state had to offer.

As one who was very much at home in the Hellenistic culture of the eastern Mediterranean, St Paul would have been familiar with athletics meetings like the Olympics which took place all over the Greek-speaking world. His letters, and those of other New Testament letter writers, are full of athletic metaphors: running and finishing the race, fighting the good fight and so on. These metaphors found their way, via a sermon that Pierre de Coubertin (the founder of the modern Olympics) heard at the 1908 Olympics, into his Olympic Creed: the most important thing in the Olympic Games is not to win but to take part, just as the most important thing in life is not the triumph but the struggle. The essential thing is not to have conquered but to have fought well. In other words, it is possible to admire Olympic athletes’ feats of speed, height and strength whilst also remembering that in the divine economy all who run the race of life are of equal worth in God’s eyes.

With prayers and best wishes,