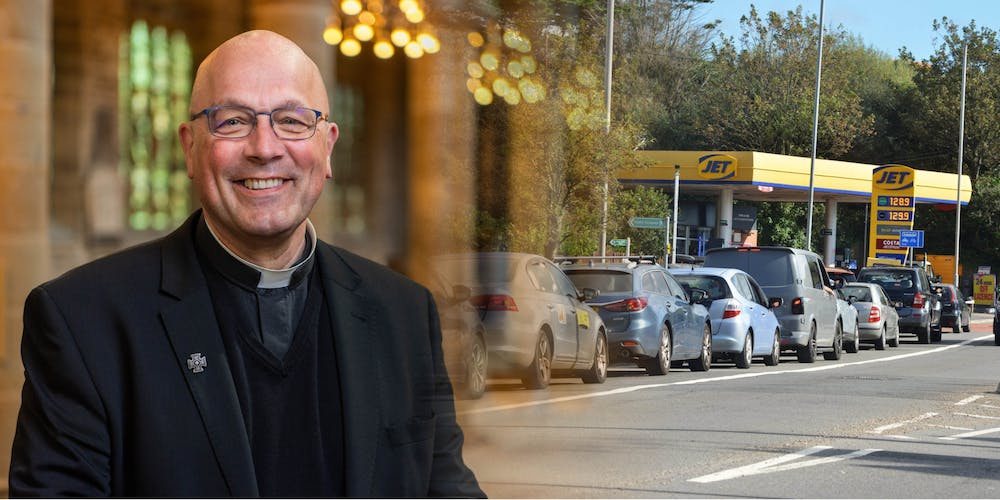 Weekly Reflection - "A Question of Perspective"

Over the past week or so in the cathedral we have been listening to parts of the First Book of the Maccabees at Morning Prayer. The book tells of a very challenging time for the people of Judea and Jerusalem in the second century before the birth of Christ. Alexander the Great’s enormous empire has been carved up, and the territory of Judea has come under the influence of his Greek speaking successors. One of them desecrates the Temple in Jerusalem by removing all the sacred vessels and sacrificing an unclean animal in the sanctuary. Five brothers from one of the priestly families in Jerusalem instigate a revolt. The Jerusalem Temple is cleansed and rededicated – an event that Jews recall every year at the Festival of Hanukkah in December.

Listening to the experience of the Jewish people in those times, and remembering all they have gone through since, helped me to put the recent disruption to our own lives into some perspective. However inconvenient it is to have to queue for petrol, or however irritating it is to discover that our favourite brand of this or that is unavailable at the supermarket, in the end neither our faith, nor our way of life, nor our lives themselves are actually threatened. And, unlike the Jewish people under their Greek oppressors, we will eventually have the option of being able to choose at the ballot box those whom we feel are most capable of sorting out the disruption I have described.

In saying this I do not minimise in any way the difficulties that many of us have experienced over the past couple of weeks. But I am suggesting that a prayerful reading of scripture will help us to understand that, while faith should be (and often has been) a matter of life and death for God’s people, the last litre of petrol or the last half dozen eggs should not.

Wakefield Cathedral are pleased to have signed up to @lovewakefieldmd #Challenge25, aiming to raise as much money as possible between 01-25 November in the fight against #FuelPoverty in the local area.

We are pleased to have signed up to take on the "Challenge 25" campaign organised by Wakefield District Community Foundation, aimed at raising vital funds to support the fight against Fuel Poverty this winter.