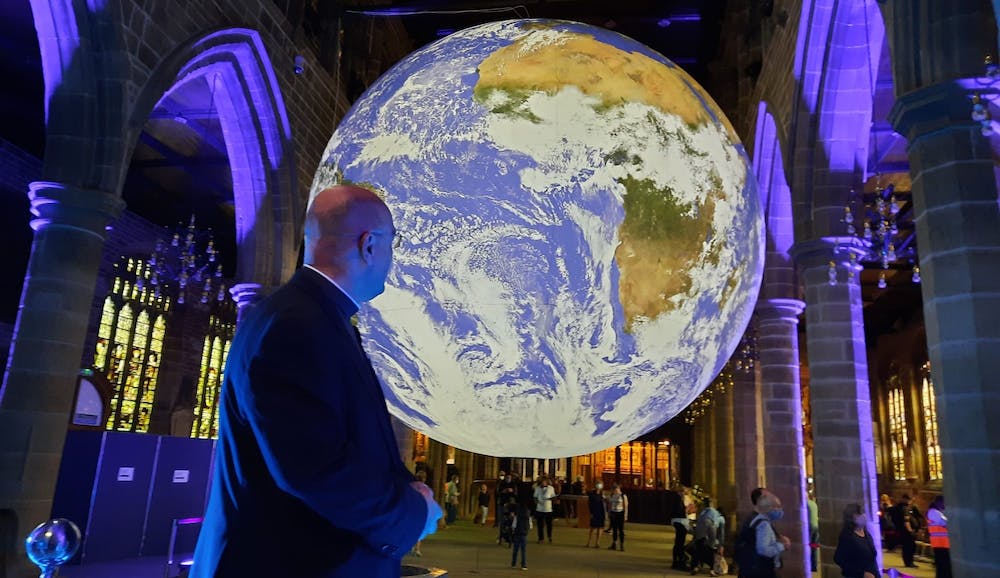 Weekly Reflection - To Glasgow and Beyond

One of Aesop’s fables tells the story of a shepherd boy who repeatedly tricks nearby villagers into thinking a wolf is attacking the village’s flock of sheep. One day a wolf actually does appear. The boy again calls for help, but the exasperated villagers think it’s another false alarm. The wolf eats the sheep (and in some later versions of the story the boy as well) and the whole village is impoverished.

The COP 26 climate summit begins in Glasgow this weekend. Over the past few weeks we have seen many headlines suggesting that this is the last chance to stop a climate and biodiversity catastrophe. There are those who (often rather glibly) suggest that this is an example of Aesop’s fable in action: predictions like this about climate summits have been made before, but the catastrophe hasn’t happened. Such an attitude flies in the face of the evidence: rising global temperatures, to which carbon emissions make a major contribution, are affecting the delicate balance of eco-systems worldwide. This is leading to often unimaginable challenges for communities across the globe through flood, fire, desertification and rising sea levels.

The first Biblical story of creation in Genesis 1 with its oft-repeated refrain ‘and God saw that it was good’ reminds us that all of creation is good and valuable in its own right. The second creation story in Genesis, in Genesis 2, tells us that human beings are made in the image of God and are part of that creation. In the garden of Eden God invites humans to take part in cultivating and protecting the natural world. The story goes on to describe how, through an act of disobedience, human self-interest damaged our relationship with God and with the rest of creation.

The great narrative sweep of scripture that follows this act of human disobedience is the story of God’s reconciliation of himself with human beings and with the whole created order. Although the ultimate fulfilment of this reconciliation lies beyond human time, God’s call on humanity to tend and to cherish creation, described in the opening chapters of the Bible, remains central to our responsibility as Christians. That is why, along with all people of good-will, we must wish all those gathering in Glasgow God-speed in their deliberations and decision making.