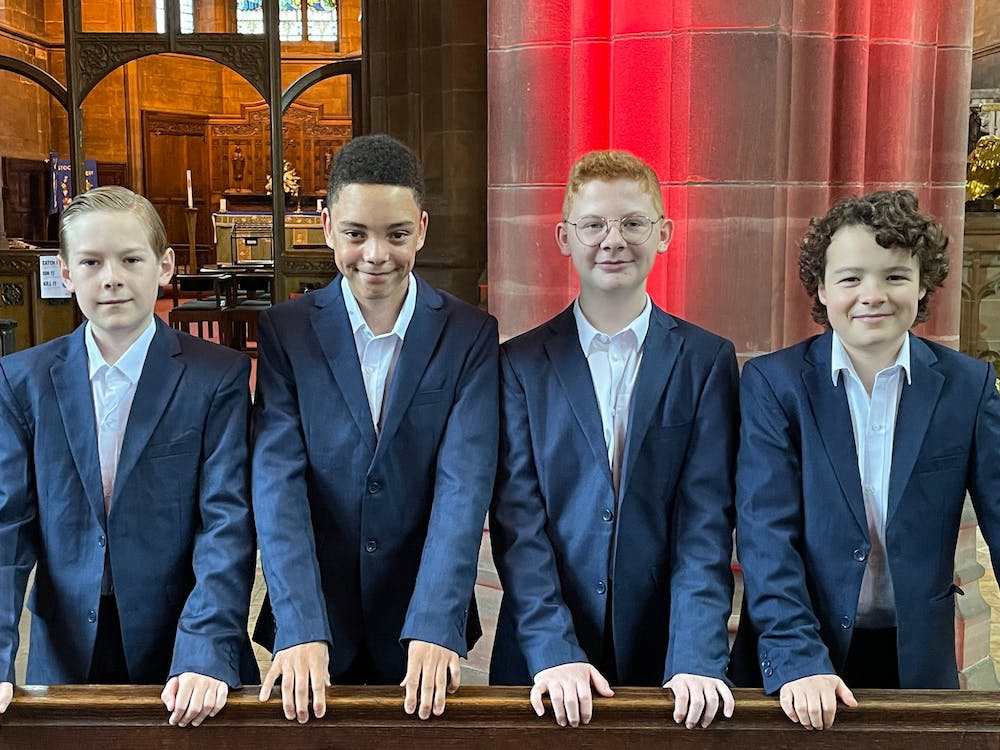 We are delighted to share the news that Wakefield Cathedral chorister Charlie Trueman has been selected to join Aled Jones's new Vocal Group "The Choristers"!

The group have recorded their own version of "In Flanders Field" which will be aired on BBC Songs of Praise's Remembrance Sunday programme this weekend.

the choristers are an exciting new vocal group, working under the guidance of singing legend and presenter, Aled Jones and musical director, Simon Lole - in collaboration with award-winning producer Ian Tilley.

Alexander, Charlie, Gabriel and Isaac are four of the most talented young singers around and the musical rapport between them is magical- with BBC Chorister of the Year and finalists, Head Choristers, West End roles and a host of amazing performances between them.

Reactions to them has been incredible.

They have already appeared on both radio and TV and have just recorded two videos for the very popular BBC TV Songs of Praise.

The first - a special recording of In Flanders Field will be broadcast on Remembrance Sunday (14/11/21) at 13:15 on BBC One and their second on 12 December performing Silent Night.

The boys are now busy working on some new tracks – soon to be released and have several other tv, radio and live appearances lined up - as well air play across National Radio Stations including BBC Radio Two and Classic FM.

Speaking about the group, Aled Jones said: "“I’m delighted and proud to bring together these four incredible young singers. They are joy to work with and listen to. It’s going to be an exciting journey for the choristers”

Simon Lole added: "It is an immense pleasure to write all the musical arrangements for this group of amazingly talented young voices. They are all wonderful musicians and haven risen to every challenge that I have set them. Hearing them sing their harmonies together is just so thrilling.”